Recently someone started a petition to change the name of Columbus, Ohio, to Flavortown....

which led one of my wrestlers to suggest erecting a statue of Guy Fieri downtown.Hence you scoff, this name change petition has now generated over 119,000 signatures.As off the wall as all this sounds, imagine the possibilities, living in a place called Flavortown. The following tradition, tweaked for today’s times:Fans attending Columbus Clippers games used to sing along to this song:  “Columbus Clippers ring your bell” and ring cowbells incessantly until people threw up.Now?Fans could ring a dinner bell instead.Columbus was once known as a cow Town, hence the cowbells. Now?“Steak Town."Even the beloved Buckeyes may have to make a change to their logo.  May I suggest the following: 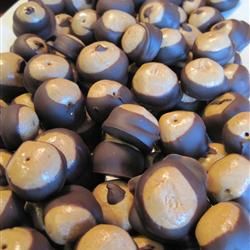 Scrumptious.If you’re hungry for training, and you don’t want to wait for statues to be built and towns renamed, go here for all the delicious details.Then come back here to register while there’s still space (some groups have already reached capacity and are closed, so don’t delay if you want in).Randy